On Sunday, the Malaysia Philarhormic Orchestra had their open day and gave free concerts to the public. They started distributing the tickets 2 hours before each show, so me and roomie went for the 2pm show. It’s the Reel Music and the concert played musics like Superman March, Jurrasic Park and LOTR, basically soundtracks la.. 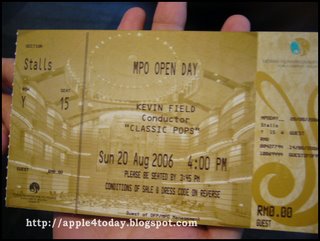 We are so lucky we got the Box seats. How cool is that?? wahhaa..i like..it’s like those vip u know…but according to Sarah, the further you sit from the orchestra the better the music sounds -_-” So it’s not actually a great spot. It’s was like full house ok…luckily no noisy annoying kids to ruin the whole thing for us. 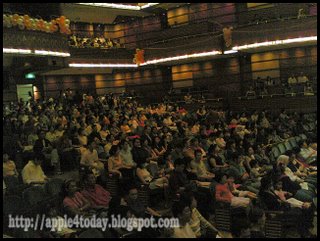 Here’s the orchestra, saying Malaysia orchestra but i think consist of over 75% foreigners. Actually we are not allowed to take any photos of recording when we are in the hall so if you work for MPO…pls close one eye ya..Don’t report me.. 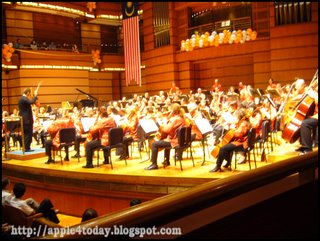 The interior is too amazing! And it has like the one pipe organ in the whole of malaysia. If you dont know what a pipe organ sounds like, it’s like the theme song of any goth movie, like Adam’s Family. Or the thing the octopus plays in Pirates of the Carribbean 2. So coollll 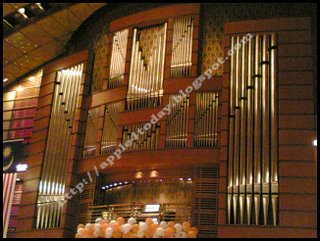 We were so impressed by the performance, we got the tickets for the next show which is Classical Pops. AND we got the back seats. YAY!! For classical, they played the likes of Strauss, Beethoven, Mozarts and Verdi. 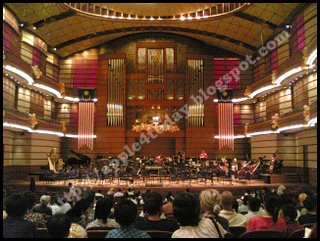 It had been so long since i went to a full blown orchestra. I remember the very last time i attended one was in Penang with my dad. So long ago. Makes me feel remorseful that i did not appreciate my piano lessons T__T If i had practice hard enough, i would have been on stage with these child prodigies …*wailsssssss* 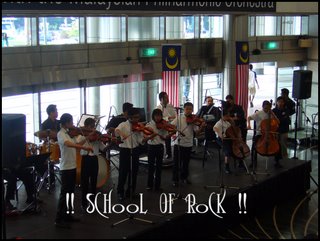 Do check out their website for more information on future performances. It’s nice to go to these concerts once in a while =)